Piano Theory is vital for beginners right through to advanced pianists. In my experience skipping basic piano theory will result in slower progression. Piano theory is often dull and difficult to understand. Therefore I have created a focused listed with visual aides to ensure piano theory is made easy.

The focus areas will be piano layout, notation, sheet music, musical keys and chords. I will also explain a very useful visual aide called the circle of 5ths. From my 8 years of teaching I can truly say that if you master these aspects you will develop into a strong pianist.

Continue reading if you want to make piano theory easy.

The first step in understanding piano theory is the layout of the piano itself. A standard piano has 88 keys, 52 white keys and 36 black keys.  The white keys are named alphabetically from A to G and the black notes are sharps(#) /flats (♭) of the white root keys. For example C#’s root is C, but this black note could also be D♭ from the root of D. Sharps move up (to the right) and flats move down (to the left) .

The key “Middle C” is a starting point for many learning to play piano and is near the centre of the piano. It is the white key to the left of the group of two black keys as indicated by the C with a circle round it.

A piano only has 12 named notes which repeat up or down the piano.

Each repetition of the 12 notes alters the pitch. A repeated note above the starting note has twice its sound wave frequency. A note repeated down the piano has half the soundwave frequency. This space between notes forms an octave (for example from Middle C up to the next C equals one octave).

Intervals are the space between notes on a piano and are a rudimentary aspect of piano theory. The most simple intervals are

Note – Sometimes a half step does not take you to a sharp or flat and in fact can take you up a letter in the alphabet. For instance E to F is a half step and a whole step from E would land you on F#.

Leading on from the basic piano theory it is then important to understand how to interpret music. Piano music is written on a staff (a set of 5 horizontal lines with 4 spaces that each represent a different musical pitch). In Piano music you have the Treble clef staff (usually right hand) and the Bass clef staff (usually left hand).

The notes that relate to each line/space are below,

The right tempo (speed) of a piano piece is critical in portraying its emotion and intent. There are two ways of defining this;

2 -The more modern way is to state the beats per minute (bpm) at the start of a piece. A metronome (a musical tempo device that clicks with each beat) will help keep you in time when learning.  Below is a handy list of tempo terms and their retrospective speed.

Additionally accelerando means to get quicker and rallentando (rall.)/ritardando (rit.) means to slow down.

You may occasionally come across the word Rubato. If so the composer is encouraging you to have fun with the tempo of the piece. Speed up/slow down where you feel appropriate to maximize the effect.

How do I know what intensity or volume a piece should be? A symbol at the start of the piece will inform you. Again Italian words define this for you.

Yes keys again, but we need to get something straight here. There are the physical piano keys that you press but also the musical keys which are the home or root sound of a song.  This section discusses the latter. A Musical Key has a key note which is the root of the key and on top of that you have all the other notes that compliment that key note to form a key. The key tells you how many sharps or flats are within the song.  All 12 notes on a piano have their own musical keys..

The semitones between each note in the scale differ between the major and minor scale.

Top Tip- No matter what note you start a scale on a piano the sequence of whole and half notes for major and minor will always be the same.

The most simplest of triads is C-major which consists of C-E-G notes. Again the gap between these three notes is significant and shows that this triad is a major.

Here is an example of a minor triad where you will note the difference in spacing between notes.

These are the Root Position of a chord. You can then take these three notes and play them in any order yo create inversions.

Playing C major as E-G-C is the first inversion and G-C-E is the second inversion.

Here is a very handy quick tool if you are unsure about the notes that make up a chord/scale. http://www.zebrakeys.com/resources/reference/virtualpianochords/

Now that all the principles are in place I want to introduce you to the perfect piano theory tool……… The Circle of 5ths.

So what is the circle of 5ths? Here it is.

But what does it do? This visual aid can help you define number of things

Firstly let’s concentrate on the outer grey area. You will notice that in the 12 O’clock position sits middle C, moving clockwise you would progress up the piano and anticlockwise down the piano. Each step around the circle moves 7 semi tones or a perfect 5th as shown below.

A perfect 5th is the 5th note that appears in the scale of the root note. For instance, C majors scale is C-d-e-f-G-a-b-c where G is the 5th note so this is the next note round the circle of 5ths. Another example would be B♭ major scale B♭-c-d-e♭-F-g-a-b♭ where F is the 5th note.

The black circle shows the number of flats or sharps within that musical key. For instance C has no sharps or flats but as you move clockwise to G you have 1 sharp(#), D has 2#’s and so on, adding a sharp each step you go. If you then move anticlockwise from C you add a flat(♭) each time you move round the circle. Memorize this and you will know the number of flats or sharps a musical key has.

The circle of 5th can tell you what what chords compliment each other . For instance if you are in the key of C you have F&G at either side of this and these 3 chords make up the primary chords.

Top tip– To memorize the circle of 5ths I use these sayings.  Feel free to make up your own versions.

I like to visualize Carol in both situations which helps me memorize it. Feel free to make up your own.

This is a whistle stop tour of Piano Theory. There is plenty more to learn and feel free to check out some of the key benefits of playing piano. 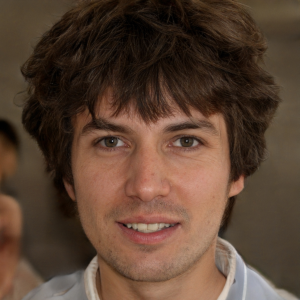 I am James Lucas (JLuc) the founder of this website and I have been playing the piano since the age of 5. Throughout my life I have enjoyed playing piano formally but more so just for the love of music and putting smiles on faces. I created this website to share my expert knowledge and to provide the best info possible but also in hope to inspire the next generation of Musicians. 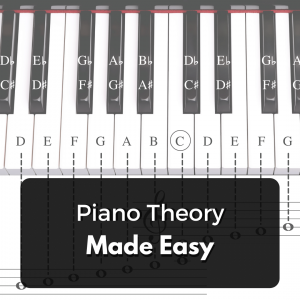 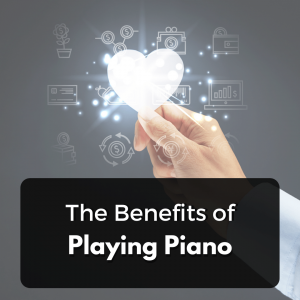 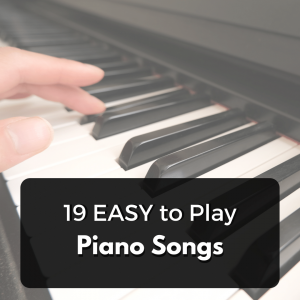 Check Out Our
Top Keyboard Reviews

Click below for our reviews on all Yamaha, Nord, Casio, Korg, Kawai, Alesis and Roland keyboards. 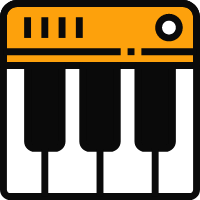 Keep in mind that we may receive commissions when you click our links and make purchases. However, this does not impact our reviews and comparisons. We try our best to keep things fair and balanced, in order to help you make the best choice for you.